This year is the the 50th anniversary of “A Charlie Brown” Christmas. After fifty years, it remains one of the most beloved and popular Christmas “specials”. I know I have seen it more times than I could possibly remember, chances are you have too.

A couple of weeks ago, I read an article that pointed out something I had never noticed before.   In fact, I had to go back and watch it to make sure it was there!  It is a small detail, but once I noticed it, I realized that it had a vital message.  When Linus tells Charlie Brown what Christmas is all about by quoting Luke 2:8-14, he drops his blanket.

You may be thinking, “so what?  Why is his dropping his blanket important?”  We have to realize that some characters have traits that represent who they are.  Charlie Brown always has the yellow shirt with the black zig-zag.  Schroeder is almost always at the piano.  Pig-Pen is always surrounded by a cloud of dirt. Linus has his blanket and is often seen sucking his thumb.  It isn’t any blanket that he carries around, but a security blanket, a blanket that brings him comfort.

I had planned about writing something about Star Wars this week and how it has or hasn’t held up over time, because I’m really excited about the new one coming  out tonight.  Then I read something that touched me in a way I didn’t expect and I wanted to share it with you.

I read an article expecting to laugh a little and maybe be a little shocked.  It was about memorable mall Santa encounters.  Different people wrote in to share their memorable encounters.  Most were from people who had worked as mall Santas and some were from people who went to see Santa.  Some were funny, some were crude, but one really made me think about Christmas.  Reddit user Daytodave wrote:

A friend and I went to ZooLights a few years ago, where the zoo opens at night lit up with Christmas lights, and you can buy hot chocolate + Baileys or apple cider + whiskey and walk around listening to music with the animals. Of course we stood in line to get our picture with Santa.

When our turn came he pulled us in and whispered, “I have had three kids tonight ask me if I can get their dads a job for Christmas. The world is messed up, and you young guys have to do something about it.”

Whenever I make a big decision, I still think about whether I’m being true to my mission from Santa.

Approximately 2015 years ago, Christ was born and was supposed to usher in an age of peace, love, goodwill, and hope.  If we look around the world, we find these things severely lacking.  Some say that is because when Jesus returns, then his work will be complete.  While I think that is true,I think there is more to that.  I think Jesus changed the world by changing us.  By giving his followers a task.  By giving you and me a task.  The world is a messed up place, and it is up to us to do something about it by sharing God’s love, by spreading joy and goodwill, by working for peace, and by providing hope.

Jesus gave us a mission and at Christmas, and every other time of the year, when we make a decision, we should ask ourselves if we are being true to it.

Isaiah 9:6   “For a child has been born for us, a son given to us; authority rests upon his shoulders; and he is named Wonderful Counselor, Mighty God, Everlasting Father, Prince of Peace.”

Our Christmas Play will be Sunday, December 20th, during worship.  A special thank-you to Diane Eades and Sue Kennedy for all their work during the program. Please bring an appetizer or desert to share for a special Chat & Chew following the program.

We will have rehearsal for the Christmas play on:

Chris and Heather Deacon would like to invite the entire congregation to their Christmas Open House (12500 Rockledge Dr, Bowie) on December 20th from 3:00-6:00.  Feel to stop in at any time and stay as long as you like!

The Christmas Eve service will be December 24th at 7:00.  We are in need of seven more people to participate in the service.  If you are interested in reading scripture, please speak with Chris Deacon.

Please have any reimbursements into Mike Mehl by Dec. 31st.

We have hired a new nursery attendant.  Assuming background checks come back clear, she will be introduced during worship on December 20th!

Chris will be out of town Dec. 25 – January 8th.  Rev. Carolyn Tilley will be filling the pulpit in his absence. 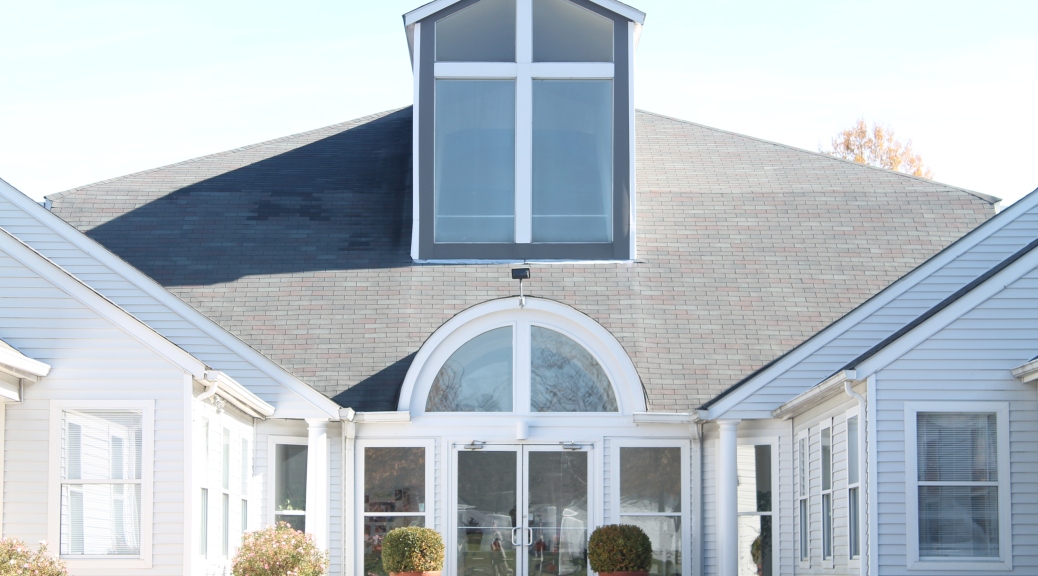 Our Christmas Play will be Sunday, December 20th, during worship.  A special thank-you to Diane Eades and Sue Kennedy for all their work during the program.

We will have rehearsal for the Christmas play on:

Chris and Heather Deacon would like to invite the entire congregation to their Christmas Open House on December 20th from 3:00-6:00.  Feel to stop in at any time and stay as long as you like!

The Christmas Eve service will be December 24th at 7:00.  We are in need of seven more people to participate in the service.  If you are interested in reading scripture, please speak with Chris Deacon.

We are still looking for a nursery attendant.  During this time, we will need volunteers to staff the nursery during worship.  If you are available, please see Sue Kennedy.  If you know anybody who would be interested in a paid position as a nursery attendant, please pass their contact information to Gene Barbado or Chris Deacon.

One of my favorite Christmas songs is “I Heard the Bells on Christmas Day.”  However, this song took on a little extra meaning this week.  First, I heard the meaning behind it.  It is based on a poem by Henry Wadsworth Longfellow.

When Longfellow wrote it, he had recently lost his wife, Fanny, to a horrific accident.  Her dress caught on fire and he tried to put it out.  She passed away  from the injuries and he was horrifically scarred.  Then Charley, his son enrolled in the Union Army against his father’s wishes.  Charley was severely injured during the Battle of New Hope Church and barely survived.  On Christmas, Longfellow heard the Christmas Bells ringing and he sat down and wrote the poem that “I Heard the Bells is on Christmas Morning.”

Knowing the story behind it really brings the song to life.  It is no surprise that a man mourning his wife, whose son may be mortally wounded would write the verse:

A message of despair and lack of hope seems so out of place during Advent and Christmas.  It is a great reminder, that for some people, Christmas is a hard, even painful time.  Then Reality creeps in as we hear about the shooting in San Bernandino this week.  When we realize that this was 355th shooting this year alone, it becomes very understandable and even tempting to hang our head in despair and cry out that there is no peace on earth.  All through the world, there are people suffering, people in pain, people who are victims of domestic abuse, or killed by violence of war and terrorism.

Where is the peace that was promised?  If the song stopped after that verse, it would be a downer of a Christmas song.  Luckily, Longfellow kept writing:

This verse, and song, remind us that even as we prepare to celebrate the birth of Christ, that we still live in a broken world, a world full of pain, injustice, and suffering.  However, we are not alone.  As we travel through this broken world, we have the assurance that God is not dead, that God does not sleep.

Last week, we lit the first candle of the Advent wreath, the “hope” candle. Advent is a time of both “once before” and “not yet.”  Christ has come into the world, but he he has not returned.  That is where we find our hope, where we find our peace.  We live in a broken world, but when Christ comes, he will take our brokenness away.  Swords will be beaten into plow shares and spears into pruning hooks.  Nation will not rise up against nation, and there will be peace on earth and goodwill to all of humanity.  Until than, as followers of Christ, we are called to be agents of peace, justice, and goodwill, while praying “Come, Lord Jesus, Come.”

Romans 15:12- 13 “Isaiah says, “The root of Jesse shall come, the one who rises to rule the Gentiles; in him the Gentiles shall hope.” 13 May the God of hope fill you with all joy and peace in believing, so that you may abound in hope by the power of the Holy Spirit.”

Sharing familiar Christmas carols with others is heartwarming and fun.  We hope you can join us.  All ages are invited to meet us at the church this Sun. at 5 p.m.  Diane will lead us as we  carol in the  church’s neighborhood and, hopefully, for Bill Yates, Pearl Donovan and Joe DeMeo also. We’ll need to drive to carol on Pinecroft Lane. We’ll return to church for sweets and hot chocolate.  If you plan to carol with us, please consider bringing a dozen cookies or brownies to share.  We should be finished by 7 p.m.

We will have a congregational meeting this Sunday immediately following worship for the election of officers.  A survey to assist the board in evaluating Chris will also be distributed.

The board will meet Tuesday, December 7th at 6:30 at Sue Kennedy’s House.

We are still looking for a nursery attendant.  During this time, we will need volunteers to staff the nursery during worship.  If you are available, please see Sue Kennedy.  If you know anybody who would be interested in a paid position as a nursery attendant, please pass their contact information to Gene Barbado or Chris Deacon.

The children’s Christmas play will be December 20th during worship.  Please come and see the children of our church present “Christmas in Black and White.”

The Christmas Eve service will be December 24th at 7:00.  If you are interested in reading scripture, please speak with Chris Deacon.